A ‘trigger’ describes a stimulus that sets off an emotional response.

Employees who are triggered whilst at work may find it increasingly difficult to concentrate on a particular task at hand. They may feel less productive, upset, or hold a lower sense of worth. For some, this response can be even more powerful – for instance, a particular trigger could lead to a panic attack if they have an underlying anxiety difficulty.

Almost anything can be a trigger. It can involve any of the senses, such as a sound, sign or smell, or a combination of these. Power differences, unusual contexts for a project, challenging interactions, high-risk projects, or a specific person could be triggers for people in the workplace.

Increased self-awareness by identifying exactly what sets off the emotional response and accessing wellbeing resources –possibly through professional support– can help to better manage and reduce the effect of triggers.

Physical signs of triggers often appear before the emotional response. Look out for difficulty breathing or swallowing, a flushed feeling, racing heart or heart palpitations, disorientation or dizziness, uncontrollable sweating, or sudden chills. It can be disconcerting when your body is reacting, and you can’t put your finger on the cause.

Sometimes it’s obvious what has triggered the reaction. An unexpected fire drill in your office may startle you, setting off your fight or flight response. In this case, it’s easy to identify what happened, recognise it’s not a threat, and settle yourself quickly as long as the noise doesn’t get louder or isn’t repeated.

With more subtle triggers, a reaction can seem to come out of the blue, and you may not easily be able to tell what caused it. Someone who was heavily criticized after a meeting may be more withdrawn when around their colleagues to avoid uncomfortable interactions. They might react in the opposite manner and behave defensively, expressing anger, a lack of control or outwardly blaming others for future projects that don’t go to plan. However, upon self-reflection, it’s likely they’d realise this was a result of the earlier experience they had.

Neuroception – looking out for danger

This kind of response happens due to neuroception – a term coined by Dr Stephen Porges to describe a subconscious system for detecting threat that all animals possess, which is essential for survival.

In the last example, the brain picked up on the combination of what was said in the meeting and which colleagues were present as a possible signal for impending danger. Without realising it, we’re constantly scanning and assessing the environment around us for danger cues – and it isn’t a cognitive process. Our brains take meaning from these cues and make predictions based on prior experiences and learnings, and our bodies then respond as though this was a certainty.

We have an ability to make sense of what’s happening through direct observation and reflection.

Check in with your colleagues

By being present for a colleague who was triggered by an event in the workplace or world can build trust in professional relationships and strengthen the company rapport – one led with compassion and understanding.

Have you notice someone behaving ‘off’ or unusual? Perhaps they’re more distracted, fatigued or disengaged following a major change or event?

It’s important not to make assumptions about what or how they’re feeling, but to encourage them to pause, decompress and relax. Ask them to take a break from what they’re currently doing, take a step back, and spend some time digesting what’s happening instead of enforcing a ‘carry on business as usual’ approach.

As a manager, you may wish to invite your team to informal check-ins. Listen with the intention of letting the other person fully process what’s happening around them and feel heard. You may want to ask deeper questions to encourage this, such as, “what would make the most impact to help you in this moment?”

Gaining a good understanding of your triggers will help you to manage them. This doesn’t mean that you ignore your feelings. Rather, that you recognise the emotions that lie beneath and allow them to pass.

Track and write down in a diary when you experience the response that’s causing you difficulties. Become aware of the emotion and the physical sensation behind it. Take note of when it happens, where you are, and who you’re with. What else was going on? Are you reacting according to a previous experience? It’s common to have a web of different triggers.

Next time the trigger appears you can make a conscious choice to send signals to your mind and body to calm yourself down and regulate your safety system, for example telling yourself there’s no danger and deliberately slowing and deepening your breathing.

Use all your five senses to ground yourself in the present. Noticing the details can help you to return to the moment, orient yourself in the here and now, and move away from the link to the past experience that’s troubling you. What can you smell? See? Hear?

Noticing what’s different can also be effective; this is known as stimulus discrimination. Identify the ways in which your current situation isn’t the same as the past experience. For instance, if a piece of music takes you right back to a sad time in your life, note that it’s a different time of year, and you’re with different people, for instance.

In some cases, we have a choice in how we approach our triggers. For instance, if there’s a particular person who tends to trigger a low mood, try moderating your behaviour by setting boundaries – limit the time you spend with them outside the workplace, and reward yourself when you do. Be an active observer and notice what thoughts come into your mind and what changes in your behaviour when you’re around them. Are you predicting what they may say or do? Make small steps towards changing your response by regulating your breathing and finding other effective ways for you to communicate with the person.

Often, there’s a good reason to face and address our triggers such as if they’re getting in the way of how we want to work in a team, affecting our wellbeing or stopping us from progressing with projects.

If you’re struggling to make a change, either because it’s overwhelming or you’re just not sure how, it’s a good idea to seek professional support.

Find out more about ieso’s online typed therapy and how it can work for you here.

ieso
A ‘trigger’ is a stimulus that sets off an emotional response. Understanding why this response happens can help manage the effects of the trigger in the workplace. 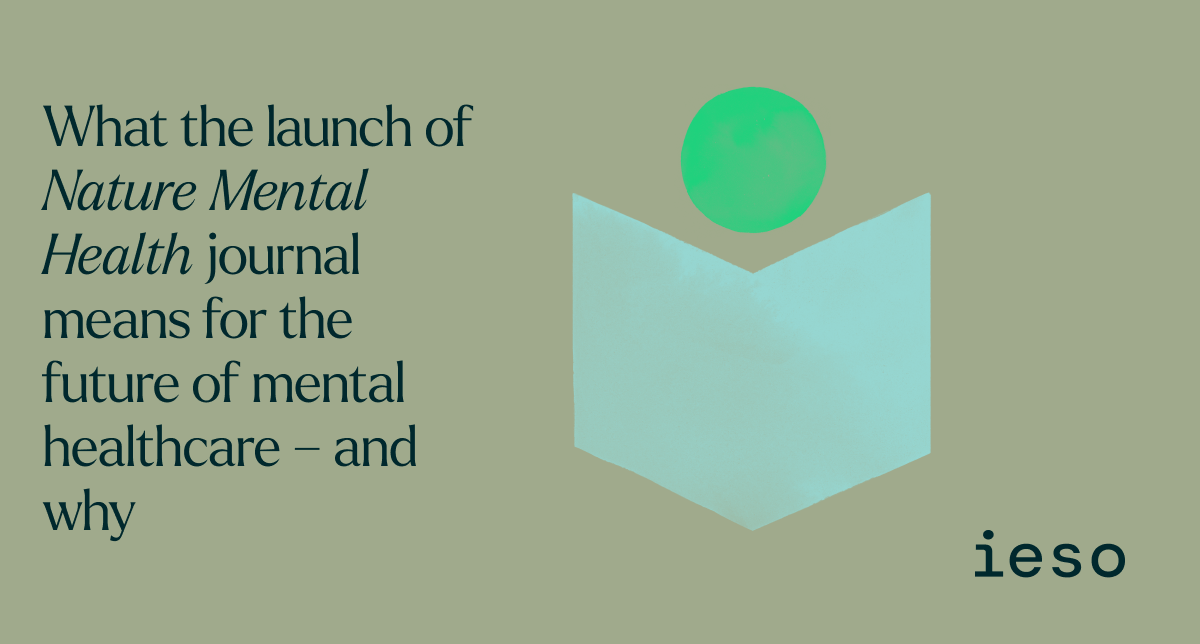 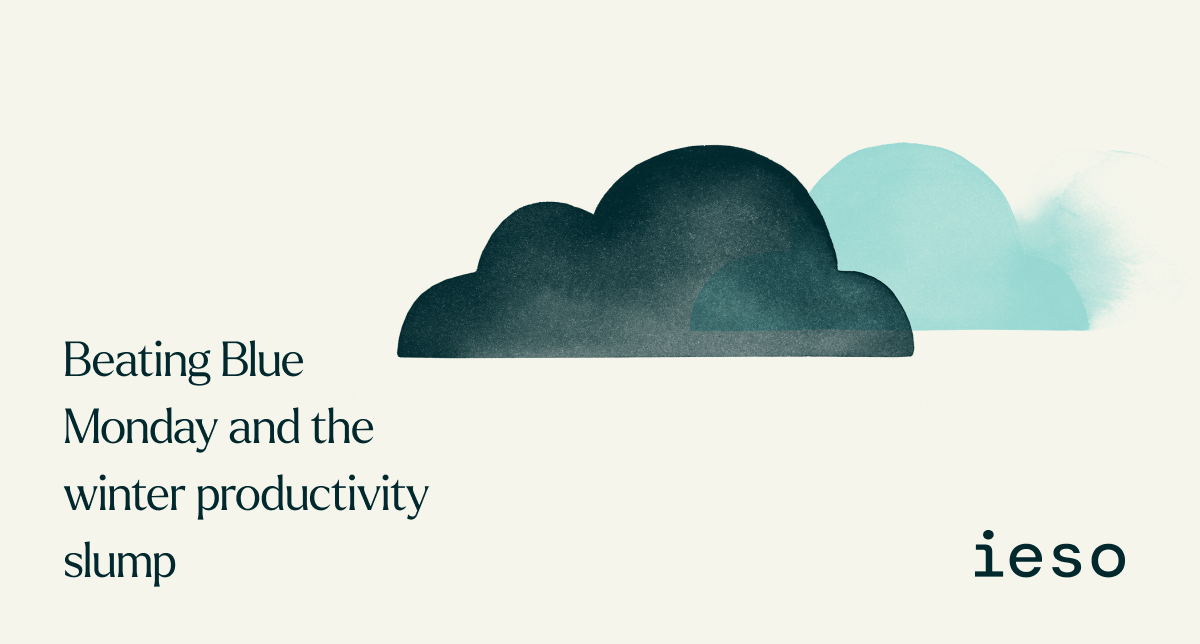 Blue Monday is supposedly the most ‘depressing’ day of the year. Did you know Blue Monday was invented by a holiday company as a PR campaign to help sell holidays back in 2005? Find out more here. 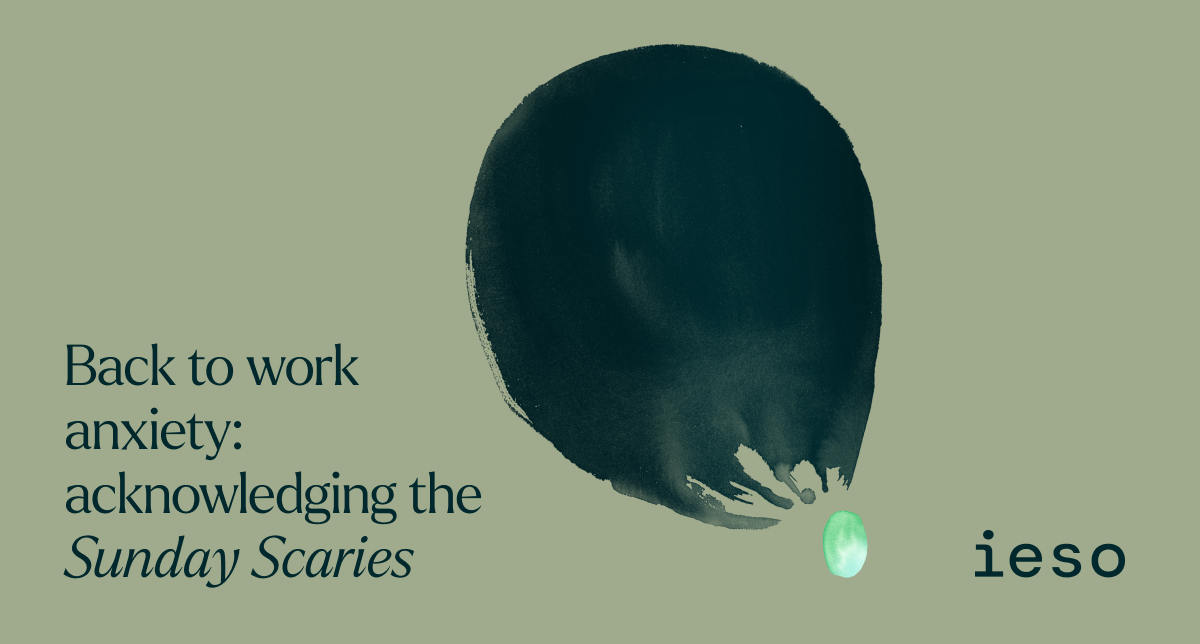 For many, the festive season is a chance to rest, spend time with family or friends, and to take a break from work. Here are some ways to manage the back to work anxiety, or 'Sunday Scaries'.

Our customers
NHSPayers
Products & Pipeline
ieso Therapy Serviceieso Waitlist InterventionProducts & Pipeline
Science & DTx
ResearchDigital Therapeutics
Thank you! Your submission has been received!
Oops! Something went wrong while submitting the form
Clinicians
How we workApply
About
Our storyNewsEventsThe teamTrust centreContact us
Careers
Life at iesoFind a role
Follow Us
LinkedIn 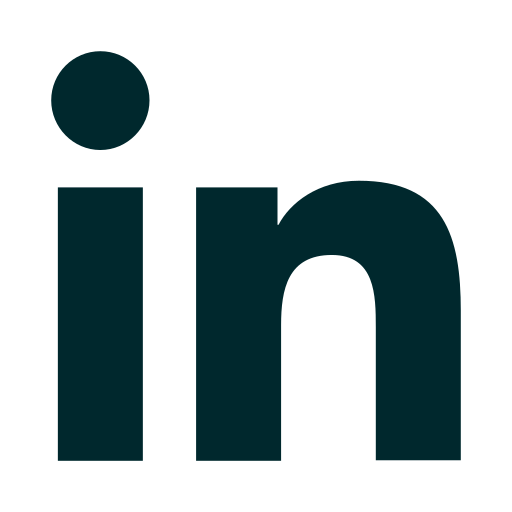